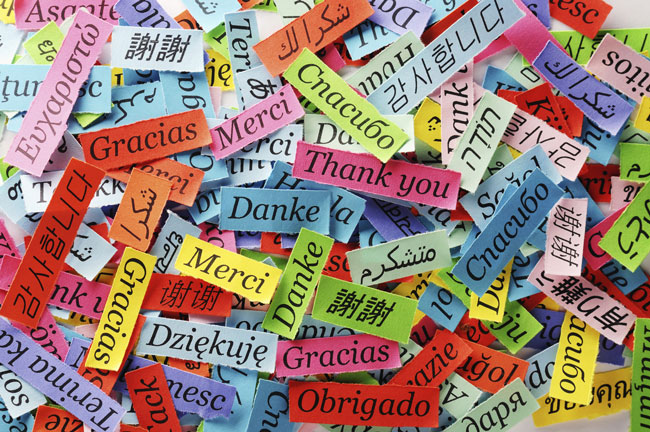 Learning a second language is easier for some adults than others, and innate differences in how the various parts of the brain “talk” to one another may help explain why, according to a new study led by Dr. Chai Xiaoqian and Dr. Denise Klein, researchers at the Montreal Neurological Institute and Hospital, The Neuro at McGill. The study was published Jan. 20 in The Journal of Neuroscience.

The various regions of our brains communicate with each other even when we are resting and are not engaged in any specific tasks. The strength of these connections — called resting-state connectivity — varies from person to person, and differences have previously been linked to differences in behavior including language ability.

The study explored whether differences in resting-state connectivity relate to performance in a second language. Researchers scanned the brains of 15 adult English speakers who were about to begin an intensive 12-week French course, and then tested their language abilities both before and after the course.

Using resting state functional magnetic resonance imaging (fMRI), the researchers examined the connectivity within the subjects’ brains prior to the start of the French course. They looked at the strength of connections between various areas in the brain and two specific language regions: an area of the brain implicated in verbal fluency, the left anterior insula/frontal operculum (AI/FO), and an area active in reading, the visual word form area (VWFA).

Participants with stronger connections between the left AI/FO and an important region of the brain’s language network called the left superior temporal gyrus showed greater improvement in spoken word fluency. Participants with greater connectivity between the VWFA and a different area of the left superior temporal gyrus language area in the left temporal lobe showed greater improvement in reading speed by the end of the 12-week course.

However, that doesn’t mean success at a second language is entirely predetermined by the brain’s wiring. “The brain is very plastic, meaning that it can be shaped by learning and experience,” says Xioaqian Chai. “The study is a first step to understanding individual differences in second language learning.”

“The present study focuses on individual brain functional-connectivity patterns that predict the good learning of a second language. This work introduces interesting ways to advance our knowledge to identify biomarkers that predict learning success and failure and has wide-ranging implications to help us to develop better methods for teaching in the classroom, “said Dr. Denise Klein, researcher at the Montreal Neurological Institute and Director of the Centre for Research on the Brain, Language and Music (CRBLM). “This work also has interesting implications to help improve language training in a number of clinical conditions, including adults who have suffered a stroke and children with developmental learning problems.”