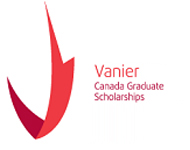 Research being conducted on outer space, diseases and disorders, and social issues

Prime Minister Stephen Harper announced today the names of the 2011 Vanier Canadian Graduate Scholarship recipients, including 25 McGill-based researchers from Canada and around the world. The range of research areas includes creating robotic arms that can sweep up or fix obsolete satellites, identifying genetic resistance to tuberculosis bacterium, studying how tadpoles can be used to understand brain development, and exploring the challenges of families with aging parents and how political violence affects young children and their families.

Vanier scholars receive $50,000 annually for up to three years, and each is selected based on demonstrated leadership skills and a high standard of scholarly achievement in the social sciences, humanities, natural sciences, engineering or health sciences.

“The Vanier scholarships are an important endorsement of Canadian-based research and offer international recognition of the expertise and commitment of our Doctoral students as well as McGill’s exceptional standing as an institution committed to innovative research in all disciplines,” said Martin Kreiswirth, Associate Provost for Graduate Education.

That sentiment is echoed by Mechanical Engineering student Sven Mikael Persson, who is working on building a robotic arm that will clean up and repair space debris. “Being recognized for your accomplishments, past and present, and having one of the top institutions in Canada believing in your future potential is a tremendous encouragement when facing those everyday hurdles all researchers face,” said Persson. “This project can have practical applications for the space industry, as well as in applications in increased autonomy for industrial and domestic robots.”

“From understanding the interplay between the environment and growth impairments to exploring evolutionary adaptation; from mapping the effects of war on families to advancing next-generation optical communication systems, the awarding of 25 Vanier scholarships is a testament to the imagination and commitment of these McGill researchers. We would like to thank the Vanier Scholarships for enriching the McGill community and, by extension, the international research community through their support for these students,” noted Rosie Goldstein, McGill’s Vice-Principal of Research and International Relations.

Below are several additional examples of the Vanier-funded research being done at McGill as well as the complete list of McGill’s 2011 Vanier recipients. To read more about some of these new scholars and their work, click on the link corresponding to the granting agency that funded them:  the Social Sciences and Humanities Research Council of Canada (SSHRC), the Natural Sciences and Engineering Research Council of Canada (NSERC), and the Canadian Institutes of Health Research (CIHR).

McGill Department of Physics student Sebastien Guillot is studying neutron stars to understand the properties of ultra-dense matter – a Holy Grail in space research. “It is the link between astrophysics and fundamental nuclear physics,” said Guillot of his research.

Kristina Kasparian, a doctoral candidate in the Faculty of Medicine, is investigating the neural basis of “first-language loss” in minority-language speakers who become more proficient in their second language. Explaining the importance of this research, Kasparian said, “What we learn from this research will considerably advance our knowledge of how the brain learns, processes and – possibly – forgets languages.”

– Christine Proulx, who is studying the multiple demands of work, children and aging parents, sees the scholarship as a way of disseminating research results to government and academic communities, as well as to the general public in order to stimulate debate on a variety of social issues.

-Kiyoko Gotanda: How evolutionary adaptation is affected by spatial and temporal variation in survival and reproduction (McGill Department of Biology and Redpath Museum)

– Sean P. A. Desjardins: The continuity of Inuit hunting practices and beliefs in the Canadian Arctic, AD 1200 to present (McGill Department of Anthropology)

For more information, or to arrange an interview with one of this year’s Vanier recipients, please contact: