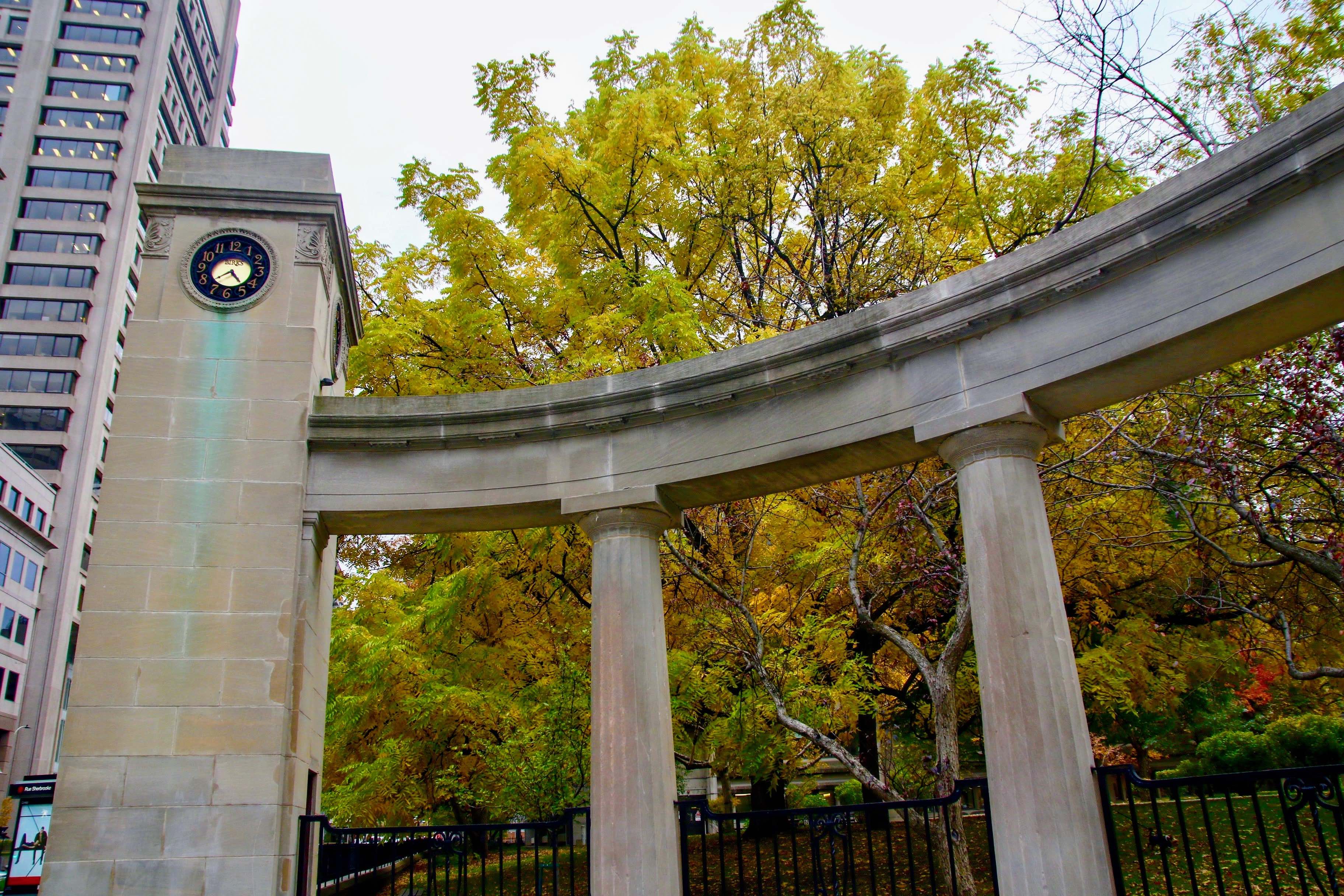 In December 2017, McGill released its Vision 2020 Climate & Sustainability Action Plan – a three-year roadmap to improve the University’s sustainability and decrease its greenhouse gas (GHG) emissions. Though the plan covers the 2017 to 2020 period, it also outlines two long-term targets: to achieve carbon neutrality by 2040 and attain a Platinum sustainability rating by 2030.

The Plan’s mid-way Progress Report, released today, shows that McGill has completed over 70 per cent of its 22 short-term priority actions.

“Through the implementation of the Action Plan, we’re finding new champions across campus to leverage change and create a culture shift in the way decisions are made,” said Amelia Peres, Vision 2020 Administrator at the Office of Sustainability. “We see this emerging in the new Staff Sustainability Network, among units that have received Sustainable Workplace Certifications, and, of course, in the creation of Unit-level Climate & Sustainability Action Plans.”

“Vision 2020 relies on the involvement of units across the University, including academic departments, Human Resources, Facilities Management, student associations, the Office for Students with Disabilities, and more,” said Peres.

Some of the many deliverables completed so far include:

“In terms of McGill’s long-term target to achieve carbon neutrality, we have made some notable progress. We’ve started transforming our fleet of vehicles and we’ve introduced a lot of building energy efficiency measures. That being said, we still have a long way to go,” said Ali Rivers, McGill’s Climate Officer. “Three-quarters of our emissions come from natural gas consumption and air travel. We’ll need significant infrastructure and culture change to see reductions in these areas.”

McGill has conducted annual GHG Inventories since 2014, an assessment which provides a quantified list of the organization’s GHG emissions and sources within a chosen scope. For a full account of McGill’s current emissions, read the 2017 GHG Inventory Report.

In 2017, McGill emitted 56,004 tonnes of GHGs. Thanks in large part to the ongoing implementation of McGill’s Energy Management Plans, the University’s Scope 1 emissions – dominated by natural gas consumption for heating and cooling buildings – have decreased consistently and were 29 per cent lower in 2017 than in 1990. While McGill reduced its total emissions by 15 per cent between 1990 and 2015, its Scope 2 (electricity, steam, and other district heating) and Scope 3 (air travel, commuting, and other indirect activities) emissions grew in this period due to growth in the University’s population and the acquisition of new space. Between 2015 and 2017, however, McGill achieved reductions in Scope 2 and Scope 3 emissions.

The current Climate & Sustainability Action Plan will be completed in 2020. The McGill Office of Sustainability plans to start consultations for the next plan in early 2020, keeping in mind the small steps and big leaps that will get the University to carbon neutrality.

Changing of the guard at Macdonald Campus Hort Centre