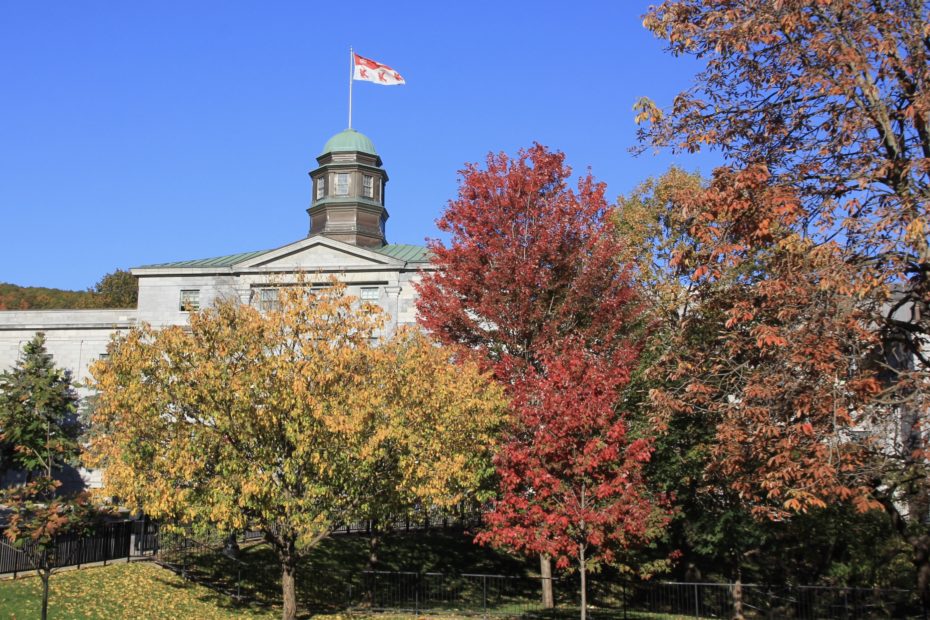 McGill is on track to achieve the ambitious targets to decarbonize its endowment portfolio as outlined in the report by the Committee to Advise on Matters of Social Responsibility (CASMR). The CAMSR report lays out specific goals toward reducing the carbon-intensity of the McGill Investment Pool (MIP), a collection of more than 60 investment mandates and fund investments.

A recent progress report highlights some of the milestones the University has achieved since McGill’s Board of Governors approved in April 2020 an implementation plan supporting all eight recommendations contained in the CAMSR Report.

The University has acted promptly removing investments of highly carbon-intensive companies from the MIP as part of the implementation process. As of June 30, the University had already reduced carbon emissions of its endowment public equity portfolio, relative to the MIP public equity benchmark, by about 20 per cent. This puts the University well on the way to reaching the CAMSR target of a 33 per cent reduction by 2025, with the majority of those gains being made in the first two years.

In order to accomplish this goal, the University terminated a $73M International Equity carbon-intense mandate last spring and replaced it with a low-carbon intense International Equity manager. In addition, an important hedge fund manager based in Canada has agreed to reduce the carbon footprint of its strategy by half by the end of 2020 to the benefit of McGill’s portfolio but also to the benefit of other investors participating in the hedge fund strategy.

The University’s target is to commit five per cent of the MIP to these impact investments by 2025.

To that end, the University has approved an investment of up to US$25M (approximately two per cent of the MIP) in a Global Renewable Energy Fund. As well, McGill is working with Fixed Income managers to increase their allocations to green bonds.

In order to keep the process transparent, the Office of Investments will present an annual Socially Responsible Investment (SRI) report, which will include data on MIP carbon emission absolute and relative measures; impact investment exposures; and other initiatives that are relevant to SRI activities. The first report will be submitted in the Spring of 2021.

The University is also increasing the number of fund managers who practice socially responsible investing. To date, McGill has increased the number of managers adhering to Environmental, Social, Corporate Governance policies or United Nations-supported Principles for Responsible Investment signatories from 70 per cent in 2016 to 94 per cent at present. As well, staff of the Office of Investments have attended multiple webinars in a continued effort to increase its knowledge base in SRI practices.

The University is also making good on its commitment to take a leadership role to evaluate and promote, in collaboration with peer universities, policies and best practices in the area of SRI.

To date the University has:

The implementation of the CAMSR recommendations is part of McGill’s climate change and sustainability efforts. This includes the University’s commitment to achieve carbon neutrality by 2040.

McGill to decrease carbon-intensity of its endowment