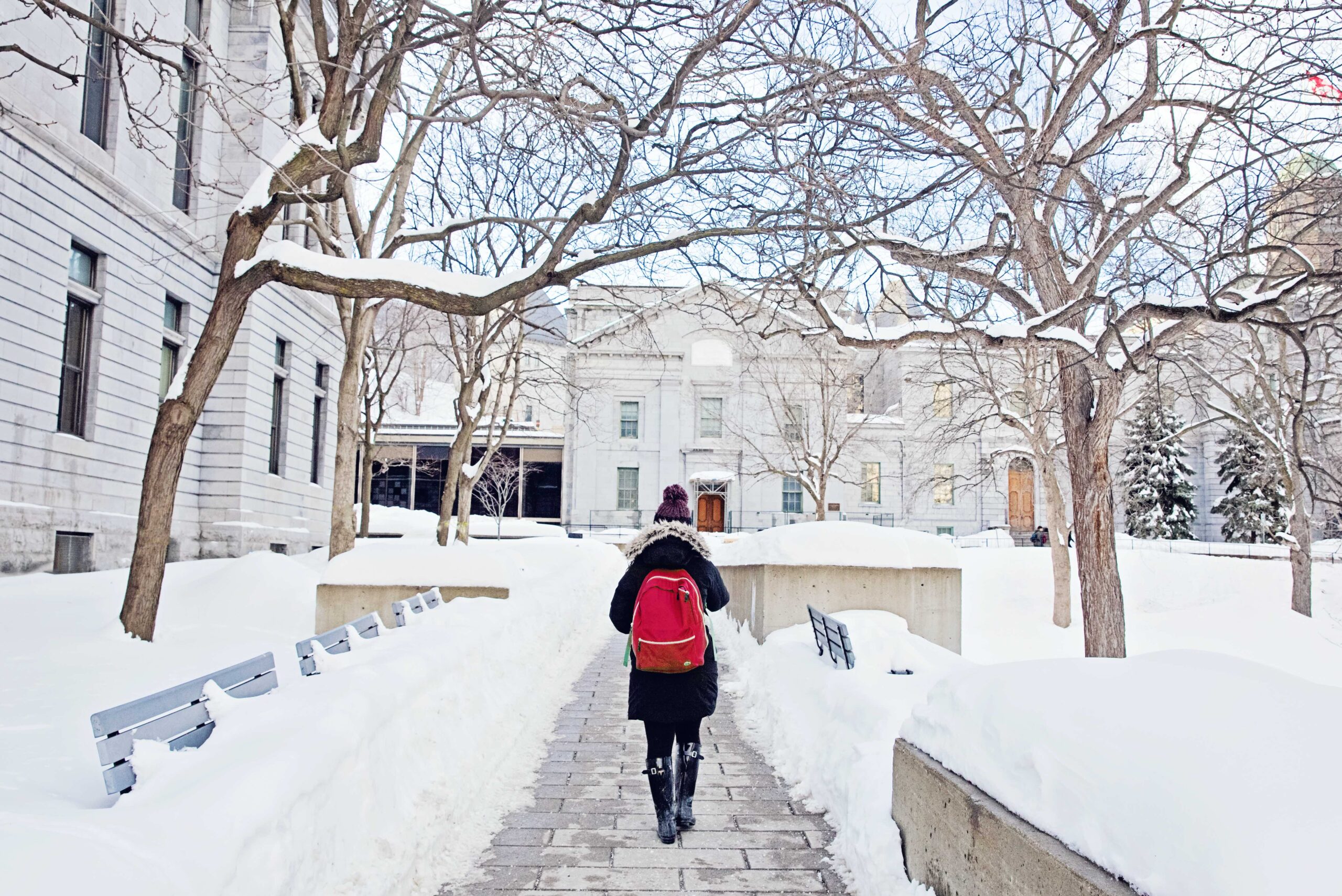 December 1 marks the annual start of McGill’s participation in Hydro Québec’s Peak Demand Management (PDM) program. This program aims to reduce peak electrical demand during the coldest hours of the winter to reduce pressure on the local electrical grid. This will be McGill’s eighth winter participating in the program.

During the Peak Demand Management events, occurring in the mornings (6 am to 9 am) and/or the afternoons (4 pm to 8 pm), the University reduces and offsets power demand on the downtown campus through two primary methods.

“First, we transfer emergency loads to back-up generators. Many buildings across the downtown campus are equipped with generators that provide power to certain loads during power outages,” explains Josh Huizinga, Energy Manager at Facilities Management and Ancillary Services (FMAS). “During a peak demand event we transfer pre-determined loads within participating buildings to these generators to reduce electrical demand on Hydro-Québec’s grid while having minimal impact on building operations. This represents the majority of the load we reduce during these events.”

Demand is further reduced by making temporary changes to reduce simultaneous operation of certain high load systems. “For some buildings this is achieved by temporarily reducing elevator operation, always keeping at least one elevator operational, while in other buildings electric heating systems will alternate when they turn on and off, so that space temperatures are maintained but peak demand is reduced,” adds Huizinga. All temporary measures are reverted to normal operating parameters once an event is over.

By implementing these measures McGill has on average reduced its demand from the grid during PDM events in recent years by an average of 3,000kW. This is the equivalent of turning off 2,000 electric baseboard heaters or unplugging more than 400 electric vehicles from their chargers for the three to four-hour duration of each PDM event.

Reducing demand more economical and sustainable than the alternatives

Hydro-Québec’s periods of peak demand are typically less than 100 hours in total each year. Rather than building expensive power plants that would only operate for limited hours a year or purchasing more costly and polluting electricity from neighbouring provinces and states, Hydro-Québec calls upon its users to reduce or shift power demand during these times as a more economical and sustainable approach.

“As organizations that are currently relying on fossil fuel heating systems increasingly convert to electricity, including McGill, managing peak electrical demand will become even more important to reduce the risks of overloading the grid,” notes Huizinga.

PDM measures are not applied in all McGill buildings. For a list of participating buildings, please refer to the peak demand management webpage on the FMAS website (also available in French).

Although the program should have minimal to no impact on building operations, you can contact your building director if you have any questions.

The PDM program is not just available to large power consumers like McGill. Hydro-Québec also has programs available to residential customers to reduce demand during these times and receive credits on their electricity bill.

If peak hours are 6 a.m. – 9 a.m. and 4 p.m. – 8 p.m. does that mean all the McGill initiatives to reduce energy consumption are in place during these hours for the duration of December through March?

Thank you for your comment. Reducing energy consumption and reducing peak demand, while related, are not the same principle. This specific program is not intended to reduce energy consumption, but rather to reduce or shift the amount of power we draw from the grid during peak periods to ensure the grid does not become overloaded during these extreme cold weather events which happen about 10 to 20 times per season. This said, McGill has made major investments into reducing energy consumption; since 2013 we have reduced our energy and carbon intensity by 15% and 24%, respectively, with many more projects… Read more »