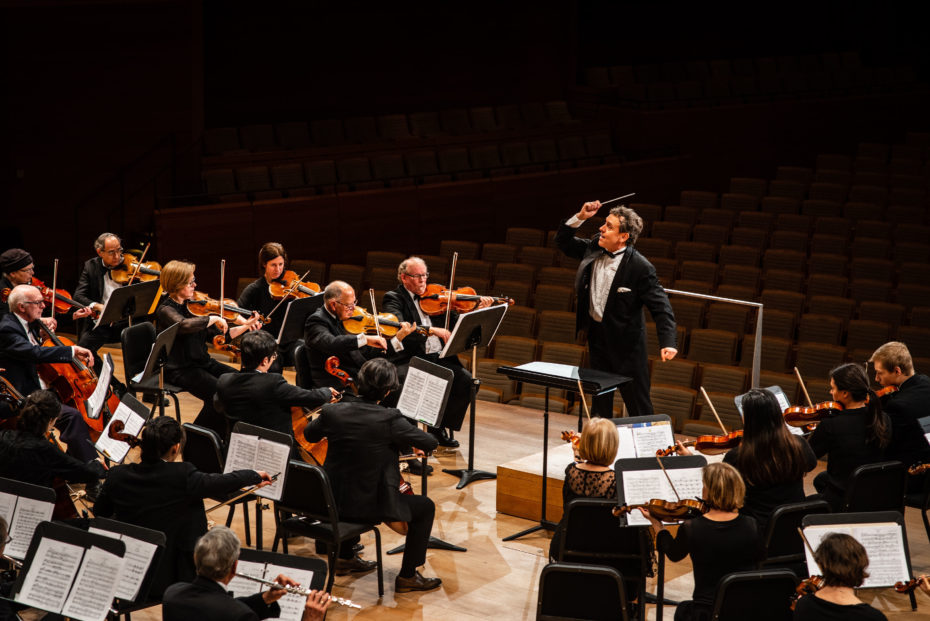 Music as mental hygiene is a concept particularly dear to Dr. Ante Padjen.

For the 30th year, the passion that the founder of McGill’s I Medici di McGill orchestra brings to classical music will be on display at the ensemble’s concert on Sunday, dubbed Concert for a Cure in support of Epilepsy Canada.

Padjen may be a McGill neuroscientist and associate professor of pharmacology and therapeutics by day, but his first and true love, he said in an interview, is music.

He has a particular affinity for epilepsy research, having co-founded in 2001 with a Toronto neurologist a network of scientists and clinicians into the condition, a group that comprised “200 of the best researchers in Canada” and now has evolved into an epilepsy research funding group supporting three scientists from Quebec and Ontario.

The power of music

The incipient field of knowledge translation in medicine is taking hold, he said in an interview, and “my goal is to speed it up following medical problems through research.”

That means using music to project an idea, Padjen explained. Music no longer needs to prove its therapeutic effects on people, notably children.

“The medical establishment in the last 40, 50 years, has been greatly dominated by technology and science,” he said. “But medicine purely as science is catastrophic thinking if you consider that this is a human being, not a machine.

“Medicine is also a humanistic practice. How do you achieve that? One way is to bring in a humanistic discipline. Most people have had in mind literature as a way to increase understanding of humans, but very little music. One of my goals with colleagues is ‘What can music offer in this particular regard?’ ”

Music has mind-altering properties, he said. “It stimulates the neuro-circuitry which we associate with a word. It’s in fact the same system activated by opiates, alcohol or drugs.”

“We know more and more about how music affects us. Music is a property that belongs solely to humans. Birds and whales sing of sorts, but it’s not music.”

“Music is something we are pre-wired for,” said Padjen. “There’s increasing evidence that engaging in music early in life contributes to childhood development. And let’s not forget that it’s joyful music, which can change your mood.”

“It’s the best mental hygiene we can have.”

The recital, at 4 pm Sunday, April 28, at the Church of St. Andrew and St. Paul on Redpath St., will feature Kyoko Hashimoto, professor of Piano at the Schulich School of Music, who will interpret Mozart’s piano concerto no. 23 in A major.

She will be backed by the 60-piece-plus orchestra conducted by Maestro Gilles Auger, a former student of famed conductor Leonard Bernstein.

“It’s not a professional orchestra,” said Hashimoto, who has played in more than 30 countries with various orchestras, “but it’s a very nice opportunity to meet other people who play this music.”

“For me, it’s very interesting to play a piece that I never play otherwise. It’s an opportunity to try new pieces.”

Hashimoto has played with I Medici twice before, and learned Mozart’s concerto no. 23 especially for this concert.

Padjen attributed his devotion to both medicine and music to the two years he spent in a sanatorium starting at age 14 in his native Croatia to treat tuberculosis.

He hesitated between the two disciplines, but in the end decided that “I can’t do medicine at anything less than 100 %. Music will always stay.”

He joined a chamber music ensemble in 1976, upon arriving at McGill, and played in various groups with other faculty members and occasionally students as well, before founding I Medici in 1989.

The orchestra plays three concerts a year, the last being at La Maison Symphonique at Place des Arts, and is always in the service of a good cause.

Concerts for a cause

Tom Samek, deputy director of the orchestra and director of technology strategy at a software company, is in charge of finding sponsors and issues that align with the orchestra’s mission of promoting worthy causes.

“We have developed a package that we present to prospective sponsors so that there’s nothing to think through for them, no unanswered question,” said Samek.

“We are a bunch of amateurs, but we all enjoy playing this music,” said Samek. “And we have this wonderful platform.”

He stressed the importance of the three conductors the orchestra has had over its 30-year lifespan, all of whom have been professional and rigorous taskmasters.

“Our conductor, Gilles Auger, understands well what we can do and makes us play more advanced music,” said Padjen. “This is serious work. We are all dedicated to doing the best work we can.”

The musicians rehearse 2 to 3 hours every week between September and April.

I Medici di McGill wraps up its 30th year with a concert benefiting Epilepsy Canada at 4 pm on April 28 at L’Église St. Andrew and St. Paul Church, 3415 rue Redpath, Montréal.General admission tickets are $35 each, and $15 for students. Get more information and purchase tickets online