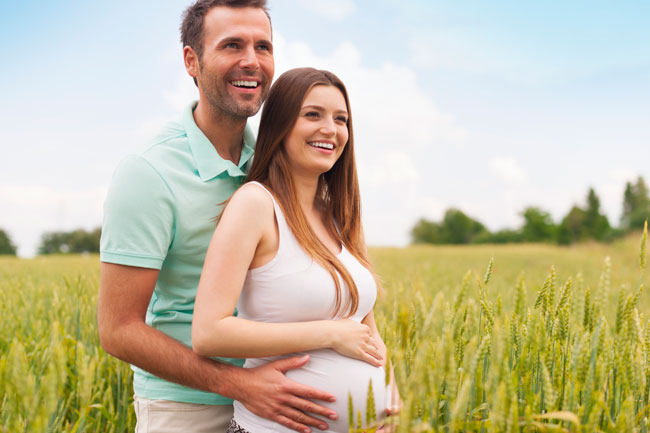 Gestational diabetes, a type of diabetes that occurs during pregnancy, affects between three and 20 per cent of pregnant women. Those who develop gestational diabetes are seven times as likely to eventually develop type 2 diabetes in the years following pregnancy. Now, in a large study analyzing 20 years of data from Quebec, a team from the Research Institute of the McGill University Health Centre (RI-MUHC) has demonstrated that gestational diabetes signals future diabetes risk not only in mothers, but also in fathers. The study was recently published in Diabetes Care.

Prior studies have shown partners to be similar in their weight and physical activity. Moreover, Dr. Dasgupta’s team has shown evidence in a study conducted in 2014 that spousal diabetes was a diabetes risk factor. Then the researchers hypothesized that gestational diabetes in mothers signals a possible diabetes incidence in fathers. Gestational diabetes occurs when couples are in young to middle adulthood. Diabetes risk factors in these years are of high importance as they offer an opportunity for long term prevention.

The researchers randomly selected singleton live births from 1990 to 2007 with a positive diagnosis for gestational diabetes in mothers and matched controls without gestational diabetes from health administrative, birth and death registry data from the province of Quebec. Then, they identified fathers with type 2 diabetes from the time of the mother’s post-delivery discharge from the hospital to the father’s departure from Quebec, death or end of the study period (March 31, 2012). Overall, 70,890 fathers were evaluated (half with partners with gestational diabetes).

“Our analysis suggests that couples share risk partly because of their shared social and cultural environment, which may contribute to health behaviours and attitudes,” explains Dr. Dasgupta. “The study reinforces the findings of our previous study on shared risk for diabetes in spouses and prior studies indicating that less healthy eating habits and low physical activity could be shared within a household. Our data suggest that gestational diabetes could be leveraged as a tool to enhance diabetes detection and prevention in fathers.’’

Pregnancy-related conditions taken together leave moms, and dads, at...

A prescription with legs!