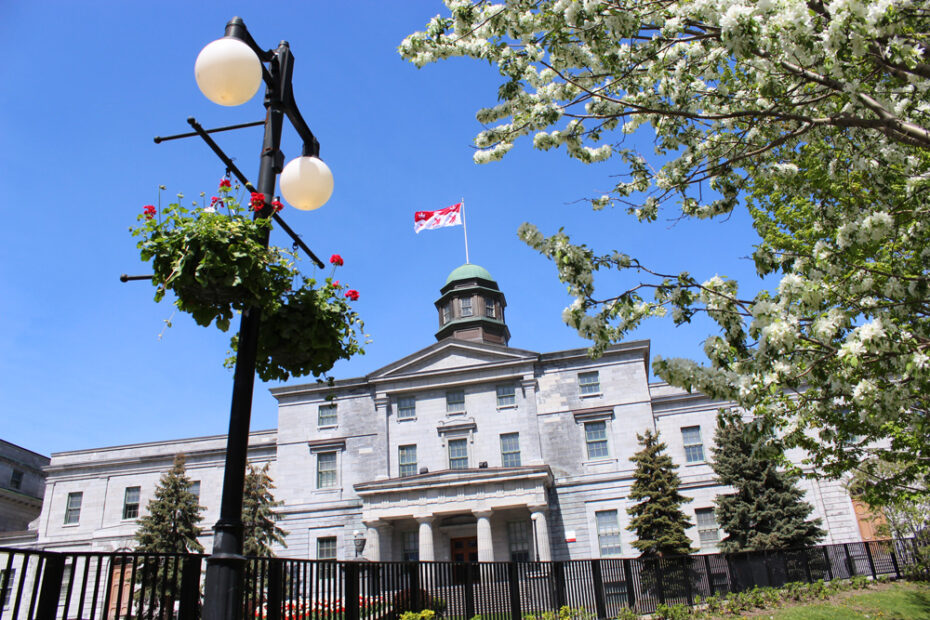 McGill is tied for 27th best university in the world, according to the eighteenth edition of the QS World University Rankings. The report was released today by global higher education analysts QS Quacquarelli Symonds.

The strong showing continues an upward trend for the University. This marks the second year in a row that McGill rose four spots in the QS rankings. Just two years ago, the University was rated 35th in the same rankings.

The University maintained its position in Academic Reputation and, in the only area it dropped, McGill slipped just one position in International Student ratio. QS evaluated over 1,600 institutions for its final list of 1,300 – the largest such ranking ever issued by QS. McGill also led all Canadian G5 universities in Citations per Faculty, Student/Faculty ratio and the International Student ratio.

On top of its 27th overall ranking, McGill is second in its AAU peer group, and third of all North American public institutions.

Earlier this year, McGill earned top marks in the QS World University Rankings by Subject, with 32 subjects rated in the top 50 worldwide, including three in the top 10.

I don’t agree – For McGill money talks. so they accept international students over a local student. It’s all politics.. I actually never hire anyone who has a degree from McGill because it does not have a good practical curriculum

Indeed, every ranking list cannot satisfy all the people. The similar statement can also be made towards some universities ranked higher than McGill. I also think it is not a good idea to assume every student in McGill does not have a good practical ability thus not hiring them just because it does not have such curriculum. But everybody has his opinion, that’s totally fine. I just know Google prefer McGill CS students among canadien universities.

I am wondering the nature of your business for which the McGill curriculum cannot satisfy the practical requirements?

Far more of a practical curriculum than most other North American medical schools in my experience. I did more surgical cases as a student than as a surgical intern. I would not over generalize your observations to all students. You may miss a perfectly good hire.

Well, if that’s what you think and if you think you’re right, accept people from other universities because they are not in the top 30 worlwide and make sure you overgeneralize . I would not hire anyone who owns a cat because I don’t like cats… that’s very professional and logic. Hope you have greater success in your business than in your thought process cause the latter isn’t too bright

I came to McGill from England many years ago to take advantage of its very practical Commerce programme and I have never regretted it. I had a stellar career with multiple awards from my peers.I will be forever indebted to McGill.

And in England, were there no better universities that had a practical business program to take advantage of ?

No, McGill is superior to even Oxford.

It seems like you have been slighted by McGill in the past, possibly you were not admitted for one of McGill’s prestigious professional programs. Regardless, speaking as a corporate recruiter for one of the largest healthcare programs globally, we look highly upon McGill graduates for their very practical knowledge.

Probably couldn’t get into McGill. Your logic is flawed.

10 years ago, I was studying here…